The Sandukui Pinnacle was just Climbed by an Indonesian Team

About to depart on a 3 week bikepacking recce of a pinnacle I’ve been dreaming about for years, I disover that an Indonesian team has just made the first ascent, throwing my plans into chaos. What now?
END_OF_DOCUMENT_TOKEN_TO_BE_REPLACED

RODRIGUES - ABOVE AND BELOW

DOCUMENTING ENVIRONMENTAL ISSUES AND CONSERVATION EFFORTS ON LAND AND AT SEA, ON THE TINY ISLAND OF RODRIGUES OFF THE EAST COAST OF AFRICA

DOCUMENTING ENVIRONMENTAL ISSUES AND CONSERVATION EFFORTS ON LAND AND AT SEA, ON THE TINY ISLAND OF RODRIGUES OFF THE EAST COAST OF AFRICA 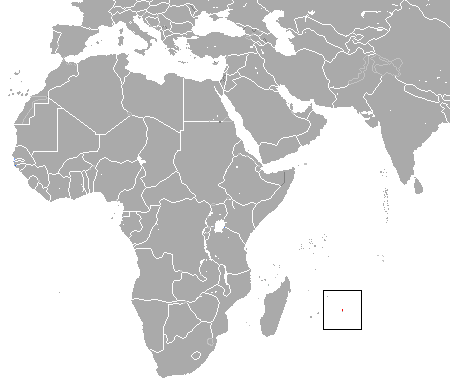 I spent 5 weeks on this beautiful, tiny island, far off the east coast of Africa, working with Shoals Rodrigues to document the affects of human activities on the marine and terrestrial environments. I spent about as much time climbing trees to film the famously randy fruit bats as I did under water filming coral reef protection projects. It was a fantastic experience, and was the subject of my first book, Rodrigues: Paradise Lost?

Rodrigues is an autonomous outer island of the Republic of Mauritius in the Indian Ocean, about 560 kilometres east of Mauritius. It is the last spot of land between Africa and India.

This tiny island is just 11 miles from end to end, and is incredibly beautiful. Countless steep ravines spread out from a central ridge towards breathtaking coves, inlets and beaches. It is also surrounded by one of the most stunning reef fringed lagoons that is many times the size of the island itself.

TREES AND THE RODRIGUES FRUIT BAT

One of the most famous conservation stories in history is not really a conservation story at all. These enigmatic bats, featured in the original Last Chance to See series, are endemic to the island. Because of habitat loss and hunting pressure they are listed as critically endangered, and were nearly wiped out after a severe cyclone that hit the island in the 1970s. The winds ripped the fruit from the islands remaining trees, and many of the bats that weren’t killed during the storm starved to death afterwards.

In 1976 the Durrell Wildlife Conservation Trust began a captive breeding program. Many bats were taken to zoos to start a breeding program, but it was reforestation that brought the bats back to their pre-storm population numbers. The species is still listed as critically endangered by the IUCN,

Deforestation and farming often go hand in hand. For an island like Rodrigues the damage can become overwhelming. Forests replenish and hold the soil together, whereas farms deplete the soils and rely on chemical fertilisers and pesticides. When it rains, soil and these agricultural additives run off into streams and rivers and, in the case of Rodrigues, end up polluting and killing off the the coral lagoon that surrounds the island.

The lagoon around the island is a biodiversity hotspot, the main feature of the islands tourism industry, and a vital source of local food for natives and tourists alike. But destructive fishing techniques combined with pollution from the island and the affects of climate change are pushing the health of the reef to breaking point.

Seafood is the staple diet, which, though delicious, is not necessarily a good thing since the tiny island has a population of around 40,000 people, and a tenth of that number again of tourists visiting each year (a number the department for tourism is keen to increase dramatically).

Siltation and pollution from chemical run-off and other waste associated with farming and the tourism industry, as well as rising temperatures and acidity from climate change, damage the coral reef. Populations of marine species that tourists come to see and that locals and tourists both rely on for food are suffering greatly as a result.

As well as reforestation on the island, which will reduce run-off, the establishment of marine protected areas (MPAs) are vital to the continued health of the lagoon and the species – commercial and otherwise – that live there. When designed in collaboration with local stakeholders, MPAs are very effective at both protecting marine life and increasing yields for the fishermen.

One of the more encouraging projects here is the protection of one of the very small, sandy islands surrounding Rodrigues. Isle aux Cocos is a nature reserve, and landing here was only allowed because we were part of a monitoring crew.

The island is teeming with a brand new breeding population of Brown Noddy’s, which is now breeding on the tiny nature reserve island of Isle aux Cocos.

The images from this project were collated into my first book – Rodrigues: Paradise Lost? It’s still available to purchase on Blurb.